At this year’s NAB, two small companies are joining forces to take on PluralEyes.

Pixelynx Labs, LLC of Atlanta and WooWave, Inc. of London have combined forces to specifically tackle PluralEyes with what they claim is a faster, more accurate, more feature-rich and more affordable audio-video synchronization application.

The new company is called WooWaveDreamSync, Inc and the product is called DreamSync (Powered by WooWave). It will debut at NAB in the StartUp Loft, a launching pad for new companies.

The players behind the product are Igor Jovcevski, a London videographer and software developer who founded WooWave in 2001, and Jon Acosta, president of Pixelynx Labs, a videographer & tech entrepreneur based in Atlanta. 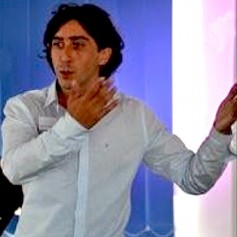 Igor Jovcevsk is a London videographer and founded WooWave in 2001.

Both have long worked separately on a better version of audio-visual sync software and joined forces last year when each realized the other had created better parts of a new solution that each needed.

“Igor is a brilliant software developer but was in the same boat as me,” said Acosta. “He was trying to find something better than PluralEyes. He couldn’t find anyone to create the software, so he ended up teaching himself how to code. He finished the algorithm in two years. The result was brilliant.”

“That algorithm”, said Acosta, “is faster and more accurate than PluralEyes” WooWave works well with his own drag and drop interface in DreamSync (now being referred to as DreamSync Legacy).

The two decided in order to compete with PluralEyes they should bring their two products together.

After four months of testing, the new software is now in beta and will be released at NAB.

“The WooWave algorithm is a lot faster than PluralEyes. As we’ve been tweaking it over the last few months, it outperforms PluralEyes on multiple levels and we’ve seen some errors that PluralEyes, Final Cut Pro X and Adobe Premier have made, while the engine from WooWave is almost 100 percent accurate,” Acosta said. 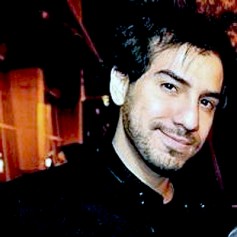 Jon Acosta worked with Jovcevski to blend their two products into one, creating DreamSync, which uses the WooWave algorithm.

“When the audio and video are off, it’s called a false positive,” he continued. “We found a lot of false positives from PluralEyes, while WooWave actually nailed most of them. That blew me away.”

Acosta said the new WooWave-enhanced version of DreamSync will process the audio and video quicker, have fewer false positives, recognize more video formats and be lower in cost, debuting at $99.

Acosta said a goal of the new application is to recognize any video format or codec. It will allow users to encode their video from inside the software, as opposed to handling the encoding in a third party NLE and then importing an XML file to DreamSync.

Once synchronized, the new software will let users trim down their clips, and even export individual synchronized clips as separate QuickTime files. This feature is for less complicated video shoots or single camera interviews.

The software also has a feature to automatically disregard the on-camera audio (the one users replace with better audio) so there’s no extra step in muting multiple audio tracks.

“Igor and I are determined to create a better synchronization engine than PluralEyes,” Acosta said. “We are not a big corporation, but a small dedicated team committed to making the fastest sync application out there. That’s our advantage.”

PluralEyes is not a bad application at all, said Acosta. “It’s a really, really robust product. Their business model is they are trying to make a suite of applications and trying to up-sell customers with all their other products. For us, we are trying to create software to solve one problem.

FREE Future Upgrades for Everyone

Later this year, DreamSync will release a plug-In for Avid’s Media Composer. The product will support high-end cinema-style camera formats.

“Their biggest advantage from a competitive standpoint today is their drift sync auto correct,” he continued.

“That’s when a video and audio clip are so long they fall out of sync ever so slightly. It happens the longer the clip is. PluralEyes can correct that for you on the fly. We will concentrate on that in our next generation, but not on the first release. We will add the feature later this year and make it free to our users. We think that feature is awesome and it took them a lot of time to put that together.”

Article originally posted at The Broadcast Bridge by Frank Beacham

About the Author: Alexia Benton

Alexia is a freelance writer with 8+ years of experience both online and in print. She has worked on staff with four national publications. 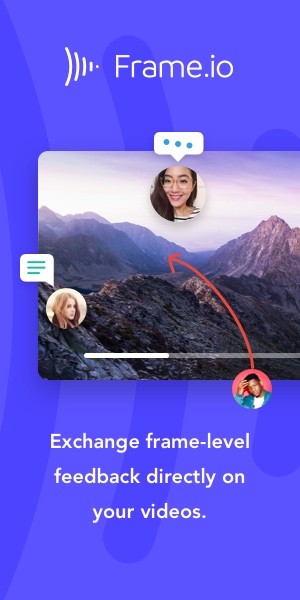